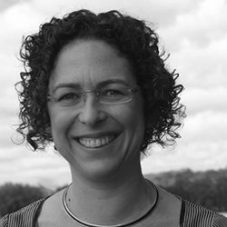 Professor Jane Golley is an economist and Director of the Australian Centre on China in the World at The Australian National University (ANU). Jane’s life-long interest in China began with a brief stint in the Asia Section of the Australian Commonwealth Treasury in 1993, before she left for the University of Oxford, where she wrote her Dphil thesis on ‘The Dynamics of Chinese Regional Development: Market Nature, State Nurture’.

As a ‘Sino-economist’, Jane’s research over several decades has covered a wide range of Chinese transition and development issues, including industrial agglomeration and regional policy, demographic change and economic growth (such as the economic impacts of the one- and two-child policies, and rising gender imbalances), rural-urban and gender inequalities in education and income, Socialism with Chinese characteristics and the Belt and Road Initiative, and China’s growing geoeconomics capabilities.

Jane has taught the Masters-level Chinese economy course at the Crawford School since 2016. She is actively engaged with politicians, bureaucrats, diplomats and the media in public policy debate regarding China’s rise and the Australia-China relationship. She has been a co-editor of the China Story Yearbook series since 2016, including the latest edition, Power, published in 2019, and a chapter contributor to the book series since it began in 2012. Jane is now the President of the Chinese Studies Association of Australia, and an Executive Member of the Australia-China Business Council (ACT).