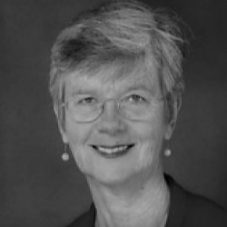 Janet joined CAEPR in late 2004 to manage the Indigenous Community Governance Project and the Australian Research Council (ARC) Linkage Project with Reconciliation Australia, which ran until the end of 2008. She then began research on the socio-economic benefits of Aboriginal engagement in managing ‘country’ in New South Wales, a project which continued until the end of 2013.

In addition, Janet was a Chief Investigator on two ARC Projects, one on Indigenous Philanthropy and Education, the other a major international project to develop of a more gender-sensitive measure of poverty. She has also undertaken research on international non government organisations and their work in Indigenous Australia. Janet is a member of the Central Land Council’s Community Development Reference Panel and was a member of the Independent Reference Group for the International NGO Accountability Charter until early 2014. She has undertaken governance research for the New South Wales Government and the Closing the Gap Clearinghouse and is currently researching success factors in Indigenous development policies.