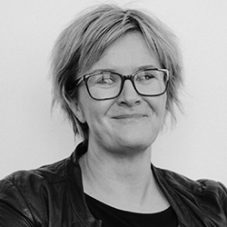 Janine is Professor of Public Management at Australia New Zealand School of  Government (ANZSOG) and the University of Melbourne. Her expertise is in public management, with a particular focus on reform and relationships. This covers topics as diverse as the creation and evolution of public service markets to the design of performance management systems. Her latest work explores the intersection of public service markets and morality.

Janine’s teaching focuses on management issues in the public sector and the challenges faced by contemporary leaders in pursuit of public purpose. She has extensive experience working with experienced professionals from across the world in both executive education and postgraduate programs. As a keen observer of international practice in public management, she has had the opportunity to provide expert advice to a range of policymakers including in Australia, Chile, Bhutan, the United States, and Singapore. She is a regular commentator in the media as well as producing columns for outlets such as The Conversation and The Mandarin.

Janine is a Fellow of the Institute of Public Administration Australia (Victoria) and has previously been an elected member on the executive board of the International Research Society for Public Management. She is an award-winning teacher and researcher having been the recipient of a national teaching prize (Australian Learning and Teaching Council) and several awards for academic innovation and contribution. This includes being part of the team awarded the Louis Brownlow Award (2017) for best paper published in Public Administration Review. As part of the same team she received the Carlo Mansini Award (2013), the Charles H. Levine Award (2013) and was nominated for the Carolyn Dexter Award (2014) from the Academy of Management. She also received the 2013 Academy of Management best book (public and nonprofit) award with John Alford.

In February 2018, Janine was appointed as ANZSOG Professor of Public Management, already an adjunct faculty member at ANZSOG. She is currently subject leader of the core Delivering Public Value course of the Executive Master of Public Administration.