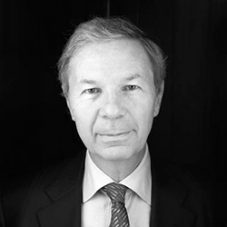 Jean-Marie Guéhenno is a distinguished fellow in the Foreign Policy program at the Brookings Institution and a member of the UN secretary-general’s High-Level Advisory Board on Mediation. From 2014 to 2017, Guéhenno was president and CEO of the International Crisis Group. He is an expert in peacekeeping, global governance, and transnational security threats. As the undersecretary-general for peacekeeping operations at the UN from 2000 to 2008, Guéhenno became the longest-serving head of peacekeeping. He led the biggest expansion of peacekeeping in the history of the UN.

Before joining the United Nations, Guéhenno had a distinguished career in the French government and in the private sector. He was the director of policy planning in the French Ministry of Foreign Affairs from 1989 to 1993. He has also been ambassador to the Western European Union, and chairman of the French Institute of Higher Defense Studies. He has been a professor at the École Nationale d’Administration and at the Institut d’Etudes Politiques of Paris. Guéhenno is officier de la legion d’honneur and has the commander’s cross of the German order of merit.