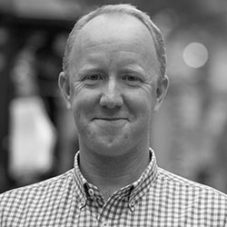 Dr Jeffrey Robertson is an Assistant Professor at Yonsei University and a Visiting Fellow at the Asia-Pacific College of Diplomacy (APCD) at the Australian National University (ANU).

He worked for the Australian Government, including as a Senior Research Specialist (North Asia) in the Foreign Affairs, Defence and Security Section of the Research Branch of the Australian Parliament, where he provided advice to Members, Senators and Parliamentary Committees on areas relating to Australian foreign policy, North Asia economic, political and strategic affairs, and Australia-Asia relations.

While working for the Australian Parliament, he was also an adviser to the Joint Committee on Foreign Affairs, Defence and Trade for inquiries into Australia’s relations with the Republic of Korea and Japan, and advised Australian Parliamentary Delegations to the Republic of Korea and Japan. He is the author of Diplomatic Style and Foreign Policy: A Case Study of South Korea (Palgrave 2016).