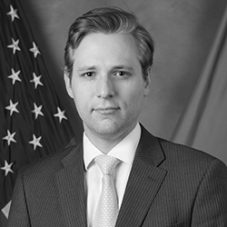 Joel Wuthnow is a research fellow in the Center for the Study of the Study of Chinese Military Affairs at the US National Defense University in Washington, DC, where he focuses on Chinese foreign and security policy, Chinese military issues, US-China relations, and strategic developments in East Asia.

He was previously a China analyst at CNA, a postdoctoral fellow in the China and the World Program at Princeton University, and a pre-doctoral fellow at The Brookings Institution.