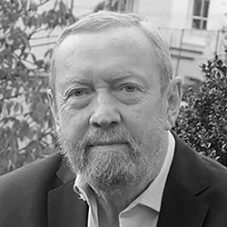 During his time as GCSA he set up the Scientific Advisory Group in Emergencies (SAGE) that reported to the COBRA committee. He dealt with a number of emergencies including the swine flu epidemic, the volcanic ash incident that closed Eastern Atlantic air space and the Fukushima nuclear incident.

He directed the Foresight Team that reported on such varied issues as Food Security, Climate Change Threats and High Speed Financial Trading and was responsible for reviews on inter alia Nuclear Energy, High Speed Computing in Climate Science and the Scientific Contribution to National Security.

He was elected Fellow of the Royal Society in 2001 and appointed CMG in 2004. He was awarded a Knighthood in 2010 and in June 2014 received The Order of the Rising Sun from the Japanese Government.

He is the Senior Adviser to the Oxford Martin School and Professor of Natural Resource Management at Oxford University. Among other activities he is a Non-Executive Director of the Met Office (currently Acting Chair), and chairs Rothamsted Research and the Systemic Risk Institute at the LSE. He is Patron of The Economics and Science Group.