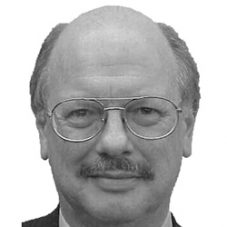 John Carlson is a Nonresident Fellow at the Lowy Institute for International Policy.

He held the statutory position of Director General, Australian Safeguards and Non-Proliferation Office from 1989 to 2010. He was Chairman of SAGSI (IAEA’s Standing Advisory Group on Safeguards Implementation) from 2001 to 2006. He was a Member of the Advisory Board of the International Commission on Nuclear Non-Proliferation and Disarmament, which reported in 2009, and founding Chair of the Asia-Pacific Safeguards Network, 2009-12.

John is counselor to NTI (the Nuclear Threat Initiative, Washington) on nuclear non-proliferation, disarmament and verification issues. He is a member of the Advisory Council of the International Luxembourg Forum; member of VERTIC’s International Verification Consultants Network; Associate, Project on Managing the Atom, Belfer Center, Harvard University; member of the Asia Pacific Leadership Network for Nuclear Non-Proliferation and Disarmament; and member of the Expert Advisory Committee, Nuclear Fuel Cycle Royal Commission, South Australia.

He is a Fellow of the Institute of Nuclear Materials Management, and recipient of the Institute’s Distinguished Service Award. In June 2012 John received the award of Member of the Order of Australia (AM).