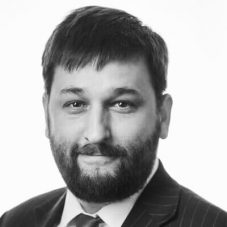 Dr John Hemmings is Director of the Asia Studies Centre at the Henry Jackson Society and an Adjunct Fellow at the Centre for Strategic and International Studies. Prior to his doctoral studies, he was a visiting fellow at Pacific Forum CSIS and a research analyst at the Royal United Services Institute in Whitehall, working on Northeast Asia security and defence policies.

Over the duration of his doctoral research, John has had a number of roles related to Asian foreign policy. In 2013 and 2015, he was the UK Secretariat for the UK-Japan 21st Century Group and in 2015 was invited to become a founding member of the CSCAP-EU committee, based in Brussels.

He has given briefings to US Forces Korea, to the Foreign and Commonwealth Office, and to the UN Commission of Inquiry on Human Rights in the DPRK. He contributes political analysis to various media from time to time, including the BBC, the Telegraph, Fox News, CNN, the Mainichi Shimbun, the Diplomat, and the National Interest; and is a regular on Monocle 24 Radio. He has also published academic work in International Affairs, the RUSI Journal and International Politics Review, and was a Deputy Editor at the LSE’s flagship Millennium Journal of International Studies between 2013 and 2014.

John completed his doctoral thesis in International Relations at the London School of Economics, where he wrote on security trilaterals, the rise of China, and US foreign policy in the Asia-Pacific.