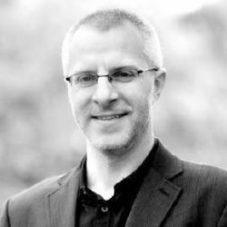 Jon Coaffee is a Professor in Urban Geography in the Department of Politics and International Studies at the University of Warwick where he directs the Resilient Cities Laboratory.

Supported by a significant number of UK and EU Research Council grants, his research focuses upon the interplay of physical, technical and socio-political aspects of cities and he has worked closely with a range of private and governmental stakeholders to ensure his research has real world impact. Notably, he is an international expert in counter-terrorism, security and urban resilience and for over 20 years has worked extensively with the UK and international policing and security services on protecting crowded places from terrorism.

His work includes Terrorism, Risk and the City (2003) The Everyday Resilience of the City: How Cities Respond to Terrorism and Disaster (2008) Terrorism, Risk and the Global City – towards urban resilience (2009) Sustaining and Securing the Olympic City: reconfiguring London for 2012 and beyond (2011), Urban Resilience: planning for risk crisis and uncertainty (2016) and the Routledge Handbook of International Resilience (2016).