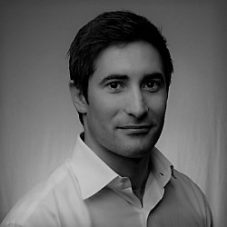 Jonathan previously served as National Political Reporter for The Hill. He covered the 2016 presidential campaign, focusing on the Republican side and on donors and campaign finance.

Shortly before the election, Politico named Swan one of its ’16 breakout media stars’ of the presidential campaign.

Before moving to the United States, Jonathan was a national political reporter based in Canberra for Fairfax Media and political correspondent for The Sydney Morning Herald. As a member of its reporting team in the Canberra Press Gallery, he was presented with the Wallace Brown Award in 2014 for most outstanding young journalist, following a series of stories on politicians’ misuse of money that resulted in the prime minister changing government policy.

He was the Australian selected in 2014 for the American Political Science Association Congressional Fellowship. It involved moving to the United States for a yearlong political fellowship, during which he served on a congressional staff before returning to political journalism in 2015.