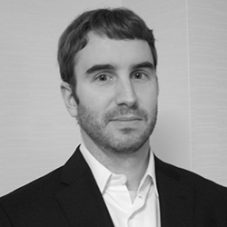 Juan L Lopez-Aranguren is a Japan Foundation Japanese Studies Fellow conducting post-doctoral research on “Communication, Democracy and Policy-Making in Japan: A Study on the Role of the International Communication in Japanese Social Cohesion and in the Government’s Social Endorsement” as an affiliated researcher in the Graduate School of International Relations at the International University of Japan (IUJ). He is also a member of the Japan Research Group of the University of Zaragoza, the INCOM-UAB OCVE and has been a visiting researcher at universities in New Zealand, China, United Kingdom and Belgium.

He has written a dozen articles and book chapters on International Relations, Security, Intelligence and International Communication. His research focuses on the relations between the communicative field and the political and security dimension, with particular attention to the Asia-Pacific region. His most recent publication on this subject is “The Communicative Dimension and Security in Asia-Pacific: A communicative-viewing proposal for reform of the Japanese Intelligence Services” (UNISCI Discussion Papers, Vol. 41).

Having completed his International PhD in Communication, Professor Lopez-Aranguren has contributed to the diffusion of public knowledge on International Relations through regular collaborations with European media. He has also published two novels on Political Fiction, No habrá verguenza en mi derrota and Las lágrimas de Caín (Basque Country Univ., 2007), winning the 1st and the 2nd Alberto Magno Literary Award consecutively.