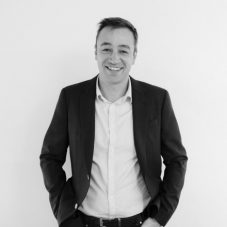 Dr Julien Barbara is a Senior Policy Fellow at the Department of Pacific Affairs, having joined DPA in mid-2013. From 2000 to 2013 he worked in a variety of policy positions in the Australian Department of Foreign Affairs and Trade (DFAT) and the Australian Agency for International Development (AusAID). From 2010 to 2012 Julien was seconded to the Regional Assistance Mission to Solomon Islands (RAMSI) where he directed the Machinery of Government Program.

Julien’s research examines issues associated with post-conflict state-building and political development in the Asia-Pacific region, with a focus on democracy and governance issues. Julien’s current research activities centre on the changing nature of political participation in the Pacific, elections in Melanesia, the politics of urbanisation and governance issues and policy reform prospects in the Pacific region. Julien is particularly interested in the relationship between policy research and the development of more effective evidence-based aid programming. He has worked widely across the Pacific region, particularly in PNG and Solomon Islands.

Julien completed his PhD in 2001 in the Department of Management at the University of Melbourne.