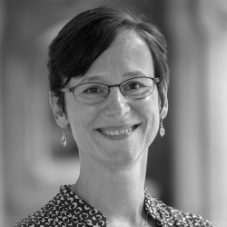 Katharine Gelber is Professor of Politics and Public Policy at the University of Queensland, and a former Australian Research Council Future Fellow (2012-2015). Her expertise is in freedom of speech and speech regulation, with research projects into the operation of hate speech laws, and the effects of counter-terrorism policies on freedom of speech.

She recently published Free Speech After 9/11 (Oxford Uni Press, 2016) and has recently completed, with Luke McNamara, a project assessing the impact of hate speech laws on public discourse in Australia. In 2014 they were awarded the Mayer journal article prize by the Australian Political Studies Association for the best article in the Australian Journal of Political Science, an article on the Australian hate speech case known as the ‘Bolt case’. In 2011 she published Speech Matters: How to Get Free Speech Right (University of Queensland Press) which was a finalist in the Australian Human Rights Awards 2011 (Literature Non-Fiction category). In 2011 she was awarded the PEN Keneally award for contributions to freedom of expression.