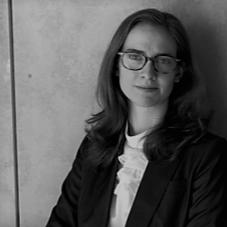 Katherine Mansted is Senior Fellow in the Practice of National Security at the ANU National Security College. She is also the Director of Cyber Intelligence at Australia’s largest independent cyber security services company, CyberCX.

She is also a non-resident fellow at the Alliance for Securing Democracy at the German Marshall Fund of the United States and co-hosts the National Security Podcast on Policy Forum.

Katherine’s research sits at the nexus of information technology, democracy and strategy. She regularly writes and presents to government and public audiences on topics including national security and information geopolitics.

Previously, Katherine practiced as a commercial solicitor with King & Wood Mallesons, served a judge’s associate in the High Court of Australia, and worked as a ministerial adviser in the Australian Government. She was formerly a fellow at Harvard’s Belfer Center for Science and International Affairs, and has lectured in cybersecurity and international relations at Bond University.