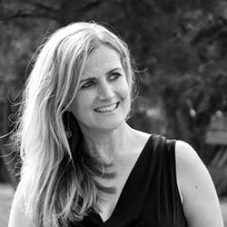 Katherine Trebeck is New Economics Senior Fellow at the ZOE Institute, a Fellow of The Leaders Institute, a Distinguished Fellow of the Schumacher Institute, and co-founder of the Wellbeing Economy Alliance, which works to amplify the work of others in the movement for a wellbeing economy.

Her book The Economics of Arrival co-authored with Jeremy Williams, explores a new mantra for development that shifts attention from growth to quality and distribution of economic activity as we seek to ‘make ourselves at home’ in a wealthy world.

Before her current role, Katherine was Policy and Advocacy Manager for Oxfam’s UK Programme, and prior to this, she led research and policy for Oxfam’s Scotland office. Here she developed Oxfam’s Humankind Index, a measure of Scotland’s real prosperity developed through wide-ranging community consultation.

She also managed Oxfam’s Whose Economy? project, which asked why, despite decades of economic growth, Scotland’s poverty has not been addressed and inequalities have deepened.

From 2005 to 2008 Katherine was a Research Fellow at the University of Glasgow. Her work there included analysis of community development, corporate social responsibility and social housing.

Katherine has a PhD in political science from The Australian National University, where her thesis considered techniques utilised by Aboriginal communities to compel mining companies to recognise and respond to community demands.

Katherine was a Commissioner on the Fairer Fife Commission and World Wide Fund for Nature Scotland’s Low Carbon Infrastructure Task Force. She is on the Board of Ethical Scotland and is Rapporteur for Club de Madrid’s Working Group on Environmental Sustainability and Shared Societies.