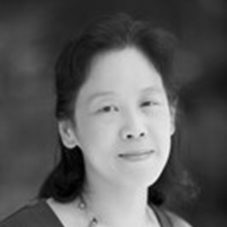 Kelly Lee is Professor in the Faculty of Health Sciences at the Simon Fraser University. Dr. Lee is trained in International Relations and Public Administration with a focus on international political economy. She spent over twenty years at the London School of Hygiene and Tropical Medicine, where she remains Honorary Professor of Global Health Policy, initially analyzing the role of the UN in health.

She was a core member of two major donor-led studies on WHO reform during the 1990s.  She co-established the WHO Collaborating Centre on Global Change and Health, and chaired the WHO Resource Group on Globalization, Trade and Health.  Dr Lee also co-led a major international initiative to secure public access to tobacco industry documents, as well as analyze their contents in relation to the globalization of the tobacco industry.  She has authored around 90 scholarly papers, 50 book chapters and 10 books including Globalization and Health, An introduction (Palgrave Macmillan, 2003), The World Health Organization (Routledge, 2008), Global Health and International Relations (Polity Press with Colin McInnes, 2012), and Asia’s Role in Governing Global Health (Routledge edited with Tikki Pang and Yeling Tan, 2012).