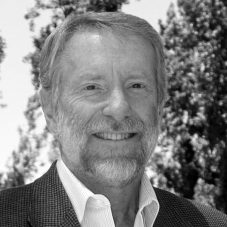 Since 2011 he has been a member of the Project Steering Committee for the Australian Energy Technology Assessment (AETA) produced by the former Bureau of Resources and Energy Economics (BREE).

He is a Board member of the South East Region of Renewable Energy Excellence (SERREE, from 2014).

In 2015 he was appointed to the Socio-Economic Modelling Advisory Committee of the South Australian Nuclear Fuel Cycle Royal Commission. In addition, from 2015, Ken has chaired the Energy Cluster of the Australia-Indonesia Centre.

He is an inaugural ANU Public Policy Fellow, and winner of the 2004 Australian Government Eureka Prize for Promoting Understanding of Science, for his role in initiating and championing ‘Science meets Parliament’.

In 2007, he was awarded the W.H. Beattie Steele Medal, the highest honour of the Australian Optical Society.