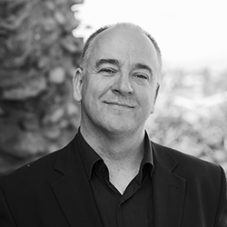 Kerry Brown is Professor of Chinese Studies and Director of the Lau China Institute, King’s College, London, and Associate Fellow on the Asia Pacific Programme at Chatham House, London.

From 2012 to 2015 he was Professor of Chinese Politics and Director of the China Studies Centre at the University of Sydney. Prior to this, from 1998 to 2005, he served as a diplomat in the British Foreign and Commonwealth Office, and then from 2006 to 2012 Senior Fellow and then Head of the Asia Programme at Chatham House.

He was Director of the Europe China Research and Advice Network (ECRAN) funded by the European Union. He is the author of 20 books, the most recent of which are China’s Dreams: The Culture of the Communist Party and the Secret Sources of its Power (Polity, Cambridge, 2018) and The Trouble with Taiwan: History, the United States and a Rising China (Zed Books, London, 2019).