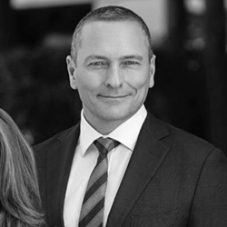 Kieran Gilbert is Chief News Anchor for Sky News, co-anchor of First Edition and anchor of AM Agenda on Sky News Live.

Kieran is an integral part of the highly respected Sky News Canberra bureau, which is a key source for breaking news out of the nation’s capital.

He has earned a reputation as a leading political reporter through his coverage of major news stories including; the Coalition wins at the 2016 and 2013 elections, the 2010 cliff-hanger election and subsequent minority Gillard Government, Kevin Rudd’s 2007 victory and John Howard’s fourth election win in 2004.

In addition to federal politics, Kieran has reported on significant global news events including the Boxing Day tsunami and Barack Obama’s inauguration as the 44th President of the United States.

In 2016 Kieran was the recipient of a team Walkley Award for the 2016 Sky News Federal Election coverage. He’s also received a number of other awards including the Department of Foreign Affairs Elizabeth O’Neill Award for journalism and subscription television broadcast journalist of the year.