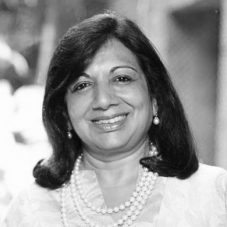 She is highly respected in the corporate world and has been named among TIME magazine’s ‘100 Most Influential People in the World.’ She has also featured in Fierce Biotech’s list of ‘World’s 25 Most Influential People in Biopharma’ and is recognised among Forbes ‘100 Most Powerful Women’ globally. US-based Chemical Heritage Foundation recently conferred Ms Mazumdar-Shaw with the ‘2014 Othmer Gold Medal’ and Germany-based Kiel Institute for the World Economy awarded her its coveted ‘2014 Global Economy Prize’ for Business. Her most cherished awards are the national awards, PADMA SHRI (1989) and PADMA BHUSHAN (2005), presented to her by the President of India for her pioneering efforts in biotechnology.