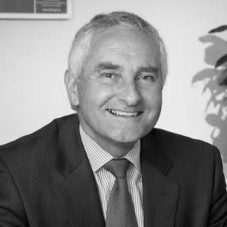 Kym Anderson is a Professor of Economics in the Arndt-Corden Department of Economics at The Australian National University’s Crawford School of Public Policy.

Following doctoral studies at the University of Chicago and Stanford University, Kym joined the Australian National University’s then-Research School of Pacific Studies as a Research Fellow in Economics in 1977. He moved to the University of Adelaide’s Economics Department in 1984, was its foundation Executive Director of the Centre for International Economic Studies from 1989, and was appointed to a Personal Chair in 1991 and to the George Gollin Chair in 2007.

He was on extended leave as a Ford Foundation Visiting Fellow in Seoul during 1980-81, as a Visiting Fellow at the University of Stockholm’s Institute for International Economic Studies in 1988 (sabbatical), at the Economic Research division of the GATT (now WTO) Secretariat in Geneva during 1990-92, and at the World Bank’s Development Research Group in Washington DC as Lead Economist (Trade Policy) during 2004-07. He rejoined ANU part-time in April 2012. Kym has been Vice-Chair of the Board of Trustees of the Washington DC-based International Food Policy Research Institute (www.ifpri.org) and become Chair from 2015. He is President of the international Policy Advisory Council of the Australian Centre for International Agricultural Research (www.aciar.gov.au).