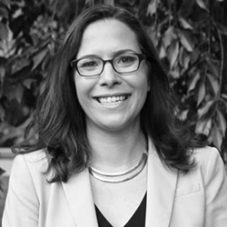 Laura Rosenberger is a 2019 Vice-Chancellor’s Distinguished Visitor with the ANU National Security College, and a director of the Alliance for Securing Democracy — a bipartisan, transatlantic initiative housed at The German Marshall Fund of the United States (GMF). She is also a senior fellow at GMF, and a term member of the Council on Foreign Relations.

Previously, Laura was a foreign policy advisor for Hillary for America. Prior to that, she served in a range of senior positions at the State Department and the White House’s National Security Council. As chief of staff to Deputy Secretary of State Tony Blinken and earlier as then-Deputy National Security Advisor Blinken’s senior advisor, she counselled on the full range of national security policy. Laura also managed the interagency Deputies Committee, the US government’s senior-level interagency decision-making forum on America’s most pressing national security issues.

Laura also has an extensive background in the Asia-Pacific region, particularly Northeast Asia. She served as National Security Council director for China and Korea, managing and coordinating US policy on China and the Korean Peninsula, and in a variety of positions focused on the Asia-Pacific region at the Department of State, including managing US-China relations and addressing North Korea’s nuclear programs. She also served as special assistant to Under Secretary of State for Political Affairs Bill Burns.