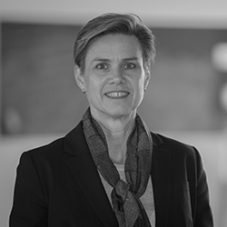 Lesley Seebeck is an Honorary Professor at The Australian National University (ANU). Prior to that, she was Professor in the Practice of Cybersecurity and inaugural Chief Executive Officer of ANU Cyber Institute.

Professor Seebeck has extensive experience across strategy, policy, intelligence, finance and technology in government, industry and academia. She was Chief Investment and Advisory Officer at the Digital Transformation Agency, prior to which she served as Chief Information Officer (CIO) at the Bureau of Meteorology from mid 2014 to late 2017. In March 2017, she was recognised as Federal Government CIO of the Year.

She has worked in the Departments of Finance, Defence, and the Prime Minister and Cabinet, the Office of National Assessments, and as an information technology and management consultant in private industry, and at two universities.

Professor Seebeck has a PhD in information technology, a Master of Business Administration, a Master of Defence Studies, and a Bachelor’s degree in Applied Science (Physics).