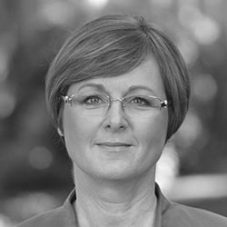 Senator Reynolds was elected to the Australian Senate in 2014. She has more than 20 years’ experience at the national political level working for Ministers, Members of Parliament and the Liberal Party of Australia. Senator Reynolds served for 29 years in the Australian Army as a Reserve Officer, in a wide range of part and full time appointments.

Key career appointments include: Chief of Staff to the Minister for Justice and Customs, Project Director with Raytheon Australia, Deputy Federal Director of the Liberal Party of Australia, Commanding Officer of a Combat Service Support Battalion and Adjutant General of Army, the Chief of Army’s key governance advisor.

Senator Reynolds was the first woman in the Australian Army Reserves to be promoted to the rank of Brigadier and was awarded the Conspicuous Service Cross. She has completed a Master of Arts (Strategic Studies).

Senator Reynolds was appointed Assistant Minister for Home Affairs in August 2018. She has been a member of Parliamentary committees including being Chair of the Joint Standing Committee on Electoral Matters, the Senate Standing Committee on Foreign Affairs Defence and Trade, and the Defence Sub-Committee and the Senate Publication Committee. Senator Reynolds is pursuing new defence and space industry opportunities for WA, innovation, gender equality and federation reform.