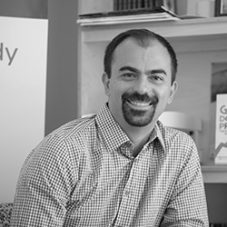 Lorenzo is the first and only Jean Monnet Chair in Africa, a prestigious recognition awarded by the European Commission to distinguished academics, and also holds the UNESCO-UNU Chair in Regional Integration, Migration and Free Movement of People. In 2012, he received the UP Exceptional Young Researcher Award and in 2014 he became the first president of the European Union Studies Association of Sub-Saharan Africa.

He is the author of over 60 scientific articles and 8 books. His most recent books are How Numbers Rule the World: The Use and Abuse of Statistics in Global Politics (Zed Books 2014, http://zedbooks.co.uk/node/13242 translated into four languages) and Gross Domestic Problem: The Politics Behind the World’s Most Powerful Number (Zed Books 2013, http://zedbooks.co.uk/node/12010). Both books deal with the political interests behind economic statistics and the GDP ideology.

Lorenzo’s research interests range from alternative economic paradigms to the governance of the commons, global political innovations and new forms of supranational regionalism. His opinion pieces have been published, among others, by The New York Times, The Guardian, Foreign Policy, Harvard Business Review, TruthOut, Die Presse, Das Parlament, Der Freitag, The Mail&Guardian and Open Democracy.