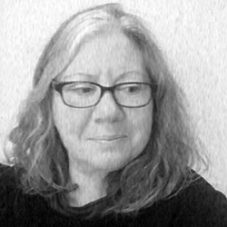 Lorraine Elliott is Professor Emerita in the Department of International Relations in the College of Asia and the Pacific at the Australian National University, having previously held appointment as Professor of International Relations from 2010 to 2017. She has published extensively on global environmental politics and ethics, including climate change, migration, and human security, funded variously by the Macarthur Asia Security Initiative, the Japan Foundation, the Australian Research Council, and the Riksbankens Jubileumsfond.

Professor Elliott is a member of the international advisory committee for the Geneva-based Platform on Disaster Displacement, a past-Chair (and current Board member) of the Board of Directors of the Academic Council on the UN System, and a member of the Scientific Steering Committee for the Earth System Governance research network. As well as her current work on human security and global governance, she is completing the third edition of Global Politics of the Environment (with Palgrave) and a book on the political economy of criminal networks and black markets in transnational environmental crime.