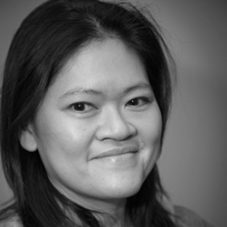 Lynette Ong is an associate professor of political science at the University of Toronto, cross appointed between the Department of Political Science and Munk School of Global Affairs. She received her PhD from The Australian National University.

She was An Wang Post-doctoral Fellow at Harvard University in 2008-09. She has also held visiting professorship at Peking University, Fudan University and Renmin University in China. Her book, Prosper or Perish: The Political Economy of Credit and Fiscal Systems in Rural China was published by Cornell University Press in 2012.

Her publications have appeared in Perspectives on Politics, Comparative Politics, International Political Science Review, China Quarterly, China Journal, among others. Her opinion pieces have also appeared in Foreign Affairs, Washington Post, and New Mandala, among others.

Her research were and are currently funded by the Social Sciences and Humanities Research Council (SSHRC), the European Union, the Connaught Committee, the Chiang Ching-Kuo Foundation, the Association of Asian Studies, and the International Center for Tax and Development at Sussex University.