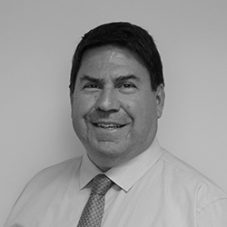 Dr Malcolm Davis joined ASPI as a Senior Analyst in Defence Strategy and Capability in January 2016. He is undertaking policy analysis and research on issues such as Australian Defence Policy and Force Structure; Chinese military modernisation; The future of air and space power; and broadly, future military technology and future war.

Prior to joining ASPI, he was a Post-Doctoral Research Fellow in China-Western Relations with the Faculty of Society and Design at Bond University from March 2012 to January 2016, and he currently retains an Honorary Assistant Professor position in the Faculty.

He worked with the Department of Defence from November 2007 to March 2012, including as Assistant Director (EL-1) with Strategic Policy Guidance, Strategic Policy Division from June 2009 to August 2011.

Prior to this appointment he was a Lecturer in Defence Studies with Kings College London at the Joint Services Command and Staff College (JSCSC), in Shrivenham, UK, from June 2000 to October 2007.