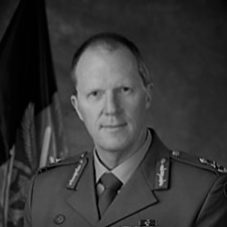 Major General Marcus Thompson AM is Head of Information Warfare for the Australian Defence Force.

He graduated from the Royal Military College, Duntroon, in 1988 and spent his early years in the Royal Australian Corps of Signals. He has deployed on a number of overseas operations and commanded at every level from Troop to Brigade.