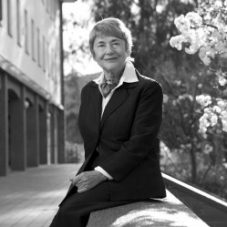 Professor Margaret Thornton is a socio-legal and feminist scholar whose work on the legal academy and the legal profession is internationally recognised. She is regularly invited to participate in international projects.

She has published extensively in the area of discrimination and the law. Her book The Liberal Promise(Oxford, 1990) remains the only critical study of discrimination law in Australia. Her book, Dissonanceand Distrust (Oxford 1996) is the only study of women in the legal profession in Australia. It was translated into Mandarin and published in Beijing (Law Press, 2001).

Margaret also has a particular interest in the impact of the corporatisation of universities on the legal academy and has conducted research in the UK, Canada and New Zealand, as well as Australia. Publications from this research include Privatising the Public University: The Case of Law (Routledge, 2012). Her current ARC-funded research focuses on work/life balance in corporate law firms, particularly the gendered effects of globalisation, competition and technology.

Margaret’s scholarship has been acknowledged by election to the Academy of Social Sciences in Australia, the invitation to be a Foundation Fellow of the Australian Academy of Law, and the award of an ARC Professorial Fellowship, in additional to international fellowships.

Margaret formerly held the Richard McGarvie Chair of Socio-Legal studies at La Trobe University where she also served as Head of School, Director of Research and Professorial Member of University Council. She served the discipline of law as a member of the ARC and as Chair of the Federal Government Advisory Committee for the Gender Issues in the Law Curriculum Project, as well as occupying many other federal and State positions.