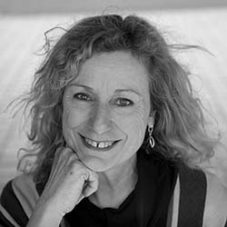 Marianne Dickie has worked extensively in the migration field since 1993 as a migration agent, academic, and political advisor.

In 2008, she established and ran the only pro bono migration advice clinic in the Canberra region whilst working as a full time academic at The Australian National University (ANU). The clinic continues under the Auspices of Legal Aid ACT.

Marianne developed the Graduate Certificate in Australian Migration Law and Practice as a highly successful online program at ANU College of Law and held the position of Convenor and Director for that Program until 2015. She then developed the LLM stream in Migration for the online Master of Laws in Migration Law. Marianne holds a Masters in Higher Education and was awarded a Doctorate of Professional Studies in 2021 by the University of Southern Queensland.

Marianne works for Senator Larissa Waters, assisting with migration work for constituents, and for Sisters Inside, assisting women who have had their visas cancelled under s501.

She is the co-editor of Immigration Review and she also continues to research and write and publish on migration law and policy.