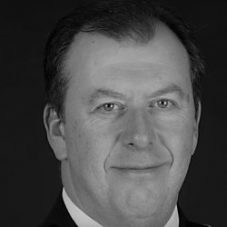 Mark Crosweller was the Director General of Emergency Management Australia and led the National Resilience Taskforce for the Commonwealth Government of Australia. Mark’s professional life has seen him serve in leadership roles for state and territory, as well as national governments across numerous disaster response and crisis management portfolios. He previously served as the third Commissioner for the ACT Emergency Services Agency, responsible for the ACT Fire Brigade, ACT Ambulance Service, Rural Fire Service, and State Emergency Service. He has also been an Assistant Commissioner in the New South Wales Rural Fire Service.

Mark has 34 years of operational experience including as a fire-fighter, as well as 20 years in senior executive leadership and strategic management. During this period he has led major strategic reform at the national, state, territory and local government levels in governance, strategy, policy, operations and capability. As Director General he was responsible for briefing the Prime Minister and Cabinet in all aspects of disaster management. Mark is current researching the ethical premise of leading people through the adversity and loss of disasters for his PhD. Mark was awarded the Commissioner’s Commendation for Service in May 1999, the National medal for distinguished service in June 2000 and the Australian Fire Service medal in June 2003.