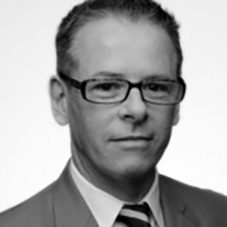 Professor Mark Kenny came to the Australian National University after a high-profile journalistic career culminating in 6 years as chief political correspondent and national affairs editor of The Sydney Morning Herald, The Age, and The Canberra Times.

He is a fixture on the ABC’s Insiders program, Sky News Agenda, and is a sought after commentator on radio programs across the country.

Before Fairfax, Kenny was the political editor at The Advertiser having moved across from the ABC.

Based in Canberra for nearly two decades, he has reported from locations as diverse as Kandahar and Copenhagen, Bucharest, and Brunei.

He has covered bilateral talks inside the White House, 10 Downing Street, Beijing’s Great Hall of the People, the German Chancellery (Bundeskanzleramt), the Japanese Prime Minister’s Residence (The Kantei), The Vatican, and many others. He has also covered crucial summits including annual APEC and G20 meetings, G8, ASEAN and East Asia Summit, NATO, and the infamous Copenhagen climate talks in 2009.

A long-time member of the Federal Parliamentary Press Gallery committee, he is a director of the National Press Club.

Kenny was made a Visiting Fellow at ANU in 2018 and took up a full-time academic post of Senior Fellow at the Australian Studies Institute in January 2019. He was made a Professor in February 2020.

His research interests include national politics, comparative studies, democracy, and the rise of populism.