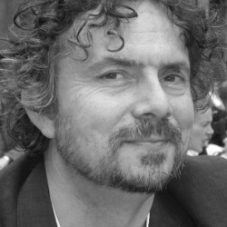 Mark Williams is a lawyer in Melbourne practising in the field of arts and intellectual property law under his own name to the arts community, entertainment and the information industries. He has been working at the forefront of convergence issues since the early 1980s including Federal and High Court cases on copyright infringement and the protection of confidential information.

He is has extensive hands-on experience in formation, legal management and dispute resolution in arts, entertainment and innovation projects, including visual arts, film, television, electronic games & multimedia, music and performing arts in all formats. He also administers a number of artists’ deceased estates.

He was a director of the visual arts copyright collecting society VISCOPY from 2000 to 2004 and successfully lobbied Government during this period on copyright law reform.

Appointed Adjunct Professor in the School of Art at RMIT University, Melbourne in 2009, Mark teaches and publishes regularly in peer-reviewed journals on topics associated with the law, theory and practice of arts, intellectual property and entertainment law including copyright, defamation, free speech and censorship.