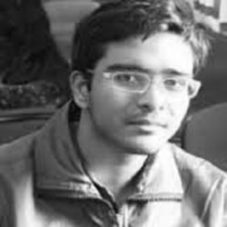 Martand is a freelance writer, and for past three years has written for various publications including The Diplomat, The Hindu, The Huffington Post, and Indian Defence Review.

He has a special interest in the area of disability. His other interest areas are geopolitics, diplomacy, disarmament, nuclear security and war. He has been part of a University of Delhi Research Project titled: ‘Creating a more enabling environment for differently-abled students in universities in Delhi through a dropout prevention program’. Under the Project, he wrote an introductory chapter of a book titled: “Opportunities and Barriers For Students with Disabilities: A Case Study for University of Delhi”. His chapter was titled: ‘The Evolution and Growth of Disability Rights Movement in India: Where does it stand now?’

He was awarded a Junior Research Fellowship in Defense and Strategic Studies in July 2016.