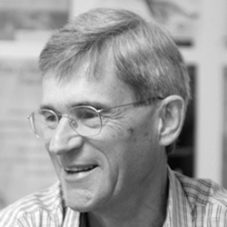 Martin Painter joined City University of Hong Kong in 2001 from the University of Sydney, where from 1996-2000 he was Head of the Department of Government and Public Administration.

He graduated with his PhD from the Australian National University in 1974.

At City University of Hong Kong, he spent approximately five years as Dean of the Faculty of Humanities and Social Sciences and was seconded as University Coordinator (Strategic Plan) in the Office of the Provost from 2010 to January 2013, where he implemented a University-wide system of academic unit performance management.

He was Director of the Governance in Asia Research Centre from 2009 to 2013. At the time of his retirement he held the post as Chair Professor of Public Administration.

Professor Painter’s academic work in Australia was concerned primarily with intergovernmental relations and federalism. After moving to Hong Kong, he has published widely on topics such as public sector reform in developing countries and the diffusion and consequences of global reform templates in Asia, in particular China and Vietnam.

Professor Painter has been awarded several research consultancies by organisations such as the UNDP on public administration reform and anti-corruption. Since his retirement from full-time academic life in October 2013 he has combined a continuing interest with research and writing with a hectic program of international travel and exploration as a bird watcher.