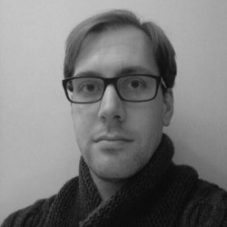 Martin Weiser received his MA in political science from Korea University in 2014.

After his thesis on changes and improvements in North Korea’s human rights policy, he has researched and presented on several related issues, including North Korea’s legal system, religious institutions and its bloc parties. More recently he has also taken an interest in the discourse and policy on minorities, including people’s with disabilities, sexual minorities and “anti-socialist” elements. He has written for SinoNK on the North Korean online media, the North Korean social democrats and the system of state titles and honors.

He also takes a great interest in mapping in what North Korea makes available offline and online and the repeated miscommunication of North Korea with the world and vice versa. With the tentatively titled North Korea Information Project (NKIP.org) he hopes to bring together scholars and librarians to better organise available information, make it more accessible and further the debate.

Martin attended the Literature Translation Institute of Korea for the last three years and currently works as a freelance translator and researcher.