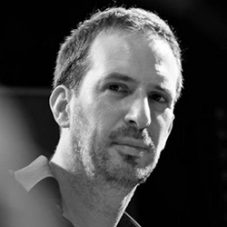 Mathieu O’Neil is an Associate Professor at the University of Canberra and an Adjunct Research Fellow at the ANU School of Sociology.

Mathieu is a Graduate of the Ecole Normale Supérieure de Fontenay / St-Cloud. He has worked as a magazine editor and exhibition curator. In 2000-2003 he lectured in American Society and Politics at the Université Stendhal – Grenoble 3. Mathieu was appointed Visiting Fellow at the ANU’s Centre for New Media Arts in 2004-2005. He joined the ANU’s ACSPRI Centre for Social Research in 2005, where he contributed to the founding of the Virtual Observatory for the Study of Online Networks (VOSON).

In 2008-2009 Mathieu worked as a researcher for the Department of Broadband, Communications and the Digital Economy on a project to survey digital identity management practices across the Australian Public Service. In 2009-2013 Mathieu lectured in sociology of communications at the American Society and Politics department, Université Paris Sorbonne (Paris 4). In October 2013 he was appointed Associate Professor of Communication at the University of Canberra.

In 2010 he founded and became one of the editors of the online Journal of Peer Production and was elected to the Board and Bureau of Les Amis du Monde diplomatique. His book Cyberchiefs: Autonomy and Authority in Online Tribes was published by Pluto in 2009.