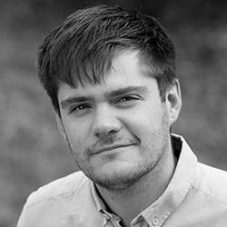 Max Walden is a Research Assistant with the Sydney Asia Pacific Migration Centre at the University of Sydney and works in the international development sector in Indonesia.

He has worked extensively with refugees, including as an educational equity researcher at Macquarie University, as a volunteer with St Vincent de Paul’s SPARK program, a mentor with the Centre for Peace and Conflict Studies’ Refugee Language Program, and as an English teacher with the Jesuit Refugee Service in Indonesia.

Max is currently co-authoring a chapter about debates on asylum seeker policy during the 2016 campaign for ‘The 2016 Australian Federal Election’ to be published by the ANU Press. His regular commentary on human rights, politics and refugee issues has been published by SBS World News, The Diplomat, The Jakarta Globe, New Mandala and Australian Policy Online.

Max is an editor for both Inside Indonesia magazine and E-International Relations. He holds a Bachelor of Arts (Advanced)(Hons) in History and a Master of Human Rights and Democratisation (Asia Pacific Regional Program), both from the University of Sydney. Max’s honours thesis analysed the Australian news media’s representation of Vietnamese refugees during the late 1970s and Masters research focused on civil society’s role in service delivery to refugees in Indonesia. He has presented research papers at the University of Sydney, University of Melbourne and Universitas Indonesia.