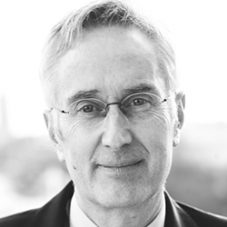 Sir Michael Barber is a leading authority on education systems and education reform. He joined Pearson in September 2011 as Chief Education Advisor, leading Pearson’s worldwide programme of efficacy and research, and acting as Chairman of the Pearson Affordable Learning Fund.

In addition, he is DfID’s Special Representative on Education in Pakistan. With the Chief Minister of Punjab, he has led a radical education reform which among other things has enrolled almost 2 million children while also improving quality.

Prior to Pearson, he was a Partner at McKinsey & Company and Head of McKinsey’s global education practice. Barber has also previously served the UK government as Head of the Prime Minister’s Delivery Unit (from 2001-2005) and as Chief Adviser to the Secretary of State for Education on School Standards (from 1997-2001). Before joining government he was a professor at the Institute of Education at the University of London.

In 2013 Sir Michael published The Good News from Pakistan, with Reform, about the major school reform in Punjab, Pakistan. He is also the author, with Katelyn Donnelly and Saad Rizvi of Oceans of Innovation (2012) and An Avalanche is coming (2013), which explore the future of education in schools and universities respectively.

He is the author of several books including Instruction to Deliver; Deliverology 101; The Learning Game: Arguments for an Education Revolution and The Making of the 1944 Education Act.