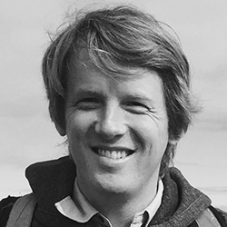 He is one of Australia’s leading alcohol policy researchers, with a strong track record of publishing internationally relevant research on the epidemiology of alcohol consumption and harm, the effects of alcohol policy and on population trends related to alcohol.

He has worked in the field for the past decade, with positions at Turning Point Alcohol and Drug Centre, the National Drug and Alcohol Research Centre and now at CAPR at La Trobe University.

He received his PhD in 2012 from the University of Melbourne for a thesis that comprehensively examined the impact of liquor licensing laws on alcohol consumption and alcohol problems. He is a member of numerous government advisory committees and regularly gives expert evidence at liquor licensing hearings around Australia.

Dr Livingston has published more than 90 peer-reviewed journal articles, along with numerous contributions to books and reports and is regularly invited to present at major Australian and international conferences. He has received early career awards from the Australasian Professional Society on Alcohol and Drugs and the Kettil Bruun Society for Social and Epidemiological Research related to alcohol, and received a commendation in the 2012 Victorian Premier’s Award for Health & Medical Research.