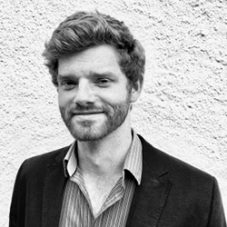 Michael Picard is the Research Director for GunPolicy.org, which collects data on national gun control approaches and rates of armed violence. GunPolicy is a project of the University of Sydney’s School of Public Health that is funded by the UN. It is used widely by researchers, academics, journalists, government officials, and private individuals for reliable data on gun control and armed violence. GunPolicy is an apolitical, research-focused organization.

Michael is also a researcher for the Centre for Armed Violence Reduction and the Geneva-based Small Arms Survey. He is currently based in Bangkok, where he is conducting research on various firearm-related issues in Southeast Asia. This includes the trade and production of firearms in the region, legal and illegal civilian firearm ownership, and non-conflict firearm mortality.

He is originally from Switzerland and has lived, studied, and worked in Europe, the US, the Middle East, and North Africa. His academic background is in Anthropology and International Relations, which he studied at Connecticut College in the US. Michael is also a lieutenant in the Swiss Army and is fluent in French and English. He is also conversational in German.