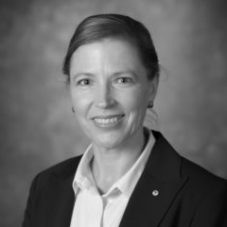 She has served as a warfare officer in the Royal Australian Navy for over 30 years, spending the majority of her career at sea, including command of two ships, the last being the Frigate HMAS PERTH, and contributing to operations and engagement from the Middle East to the Indo-Pacific.

For her endeavours in command and the development of Navy people, Michele was appointed in 2018 as a Member of the Order of Australia in the Military Division.

Her Masters theses examined Australia’s national interests and policy options on issues in the South China Sea. She is a graduate of the Australian Defence College’s Command and Staff Course, and the Centre for Defence and Strategic Studies. She is a Member of the Australian Institute of Company Directors, and serves on the board of the veteran’s charity, Soldier On.