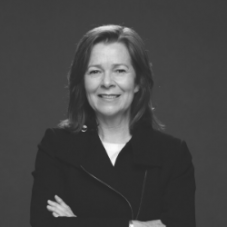 Michele O’Neil is President of the Australian Council of Trade Unions (ACTU).

Michele began her working life as a waitress, went on to work in the community sector with homeless young people and to then work in the clothing industry.

Before being elected as ACTU President in 2018, Michele represented workers in the textile, clothing and footwear industry as an organiser and then Branch and National Secretary of the TCFUA (Textile Clothing and Footwear Union of Australia). She represented her union nationally and internationally and led campaigns to win world leading rights for workers throughout clothing supply chains.

Following the amalgamation of the TCFUA and the Construction, Forestry, Maritime, Mining and Energy Union (CFMEU), Michele was CFMEU Vice President.