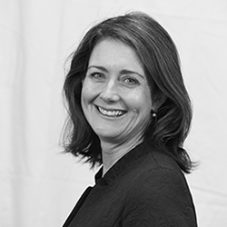 Milissa Day is Regional Representative for East Asia and the Pacific at the International Finance Corporation. She supports investment across fragile, conflict-affected, and poor (FCV/LIC IDA) countries across the East Asia and Pacific region, and leads Pacific business development. She is also the representative for countries in the Pacific including Vanuatu and Solomon Islands. In her role, Milissa builds regional knowledge and resources to increase the number of projects and value of total investment portfolio. She provides technical support and access to global knowledge and resources to help deliver meaningful projects in the region’s most difficult markets.

Milissa has twenty years of experience living and working in post-conflict and fragile environments including Timor-Leste, Kosovo, Indonesia, and Somalia. In 2010, she joined IFC as Timor-Leste Resident Representative, and led engagement resulting in IFC’s first-ever investments in the country and for reform projects which resulted in costs savings of over US $20 million. Most recently, Timor-Leste awarded its first PPP, Tibar Bay Port, a US $390 million port development project.

Prior to joining IFC, Milissa worked for Development Alternatives, Inc., the World Bank and Women’s World Banking on microfinance development. Milissa’s educational background includes a Masters in Finance from the Kennedy School of Government, Harvard University and a Bachelor of Arts in political economy from the University of California, Irvine.