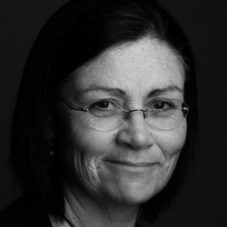 Professor Monica Attard OAM is Co-Director of the Centre For Media Transition at the University of Technology Sydney’s Faculty of Arts and Social Sciences.

She is best-known for hosting some of the Australian Broadcasting Corporation (ABC)’s flagship programs, including PM, The World Today and Media Watch, and being a reporter and foreign correspondent for AM. A journalist for 35 years, she has also been a television and radio reporter, including for Four Corners and Lateline, a foreign correspondent and was the foundation editor of the website, The Global Mail.

She was the ABC’s Russia correspondent during the coup against Mikhail Gorbachev, the collapse of Soviet communism, the rise of Boris Yeltsin, the first Chechen war, and covered civil wars across the post-Soviet world. She is the recipient of multiple Walkley Awards.