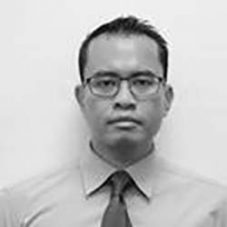 Muhammad Faizal bin Abdul Rahman is a Research Fellow with the Centre of Excellence for National Security at the S. Rajaratnam School of International Studies.

He holds a Bachelor of Business Administration (with Merit) from the National University of Singapore. He completed his Master of Science in Strategic Studies at RSIS, specialising in terrorism studies. His dissertation examined the grand strategies of Al Qaeda and the Islamic State, focusing on asymmetric warfare and cities as a jihadi battlespace.

Prior to joining RSIS, Faizal served with the Singapore Ministry of Home Affairs where he was a Deputy Director and had facilitated international engagements with foreign security counterparts. He also had postings in the Singapore Police Force where he supervised and performed intelligence analysis, achieving several commendation awards including the Minister for Home Affairs National Day Award for operational and analysis efficiency; and in the National Security Research Centre at the National Security Coordination Secretariat, where he led a team to research emergent trends in domestic security and monitor terrorism-related developments. Faizal also has certifications in counter-terrorism, crime prevention and business continuity planning.

Faizal is also a regular resource person for international media such as MediaCorp on issues of extremism, terrorism and homeland security; and as given lectures at conferences such as the Stockholm Security Conference 2017 and Security Industry Conference  2018.