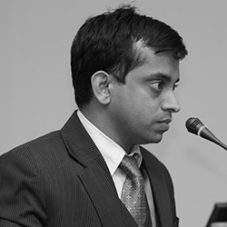 Nabeel A Mancheri is a JSPS Research Fellow at Institute of Social Science, The University of Tokyo.

Prior to joining Tokyo University, he was an Assistant Professor at India’s National Institute of Advanced Studies, Bangalore. He has also worked as a consultant to OECD Paris, ICRIER New Delhi and CUTS International and involved in research related to trade issues.

He was a recipient of the Australia-India Council (AIC) Fellowship of Department of Foreign Affairs and Trade, Australia for the year 2007-08 and has been hosted by The Australian National University. He was a visiting researcher at Hiroshima University in 2008-09 and was a visiting fellow at the Institute of World Economics and Politics, Chinese Academy of Social Sciences, Beijing in 2012.

His recent publications include a monograph on Dominating the World: China and the Rare Earth Industry, a co-authored book on India-United States Cooperation on Global Security: Technical Aspects of Civilian Nuclear Materials Security published by National Academy of Sciences, Washington DC and a co-edited book on Rise of China; Indian perspectives (Lancer, 2012).

He was selected as an IISS–SAIS Merrill Center Young Strategist for 2013 by International Institute for Strategic Studies, London and Johns Hopkins University. He is a member of IISS London.