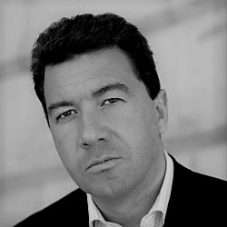 Nick Bryant is the BBC’s New York and United Nations correspondent, and the author of When America Stopped Being Great: A History of the Present.

Before becoming the BBC’s New York and United Nations correspondent, Nick was based in Washington, South Asia and Sydney.

In Washington, he covered the presidencies of Bill Clinton and George W Bush, while in South Asia he reported from the sharp end of the Bush administration’s war on terror in Afghanistan and Pakistan.

He has filed from many of the world’s most famous datelines, including the White House, the Kremlin, the Korean Peninsula, Downing Street, Ground Zero and Guantanamo Bay.

He has also reported from many trouble spots, including Afghanistan, Kashmir, Gaza, Sri Lanka, Iran, and Rwanda.

A history graduate from Cambridge with a PhD in American politics from Oxford, he is the author of three other books, The Rise and Fall of Australia: How a great nation lost its way, The Bystander: John F Kennedy and the Struggle for Black Equality, and Confessions from Correspondentland.